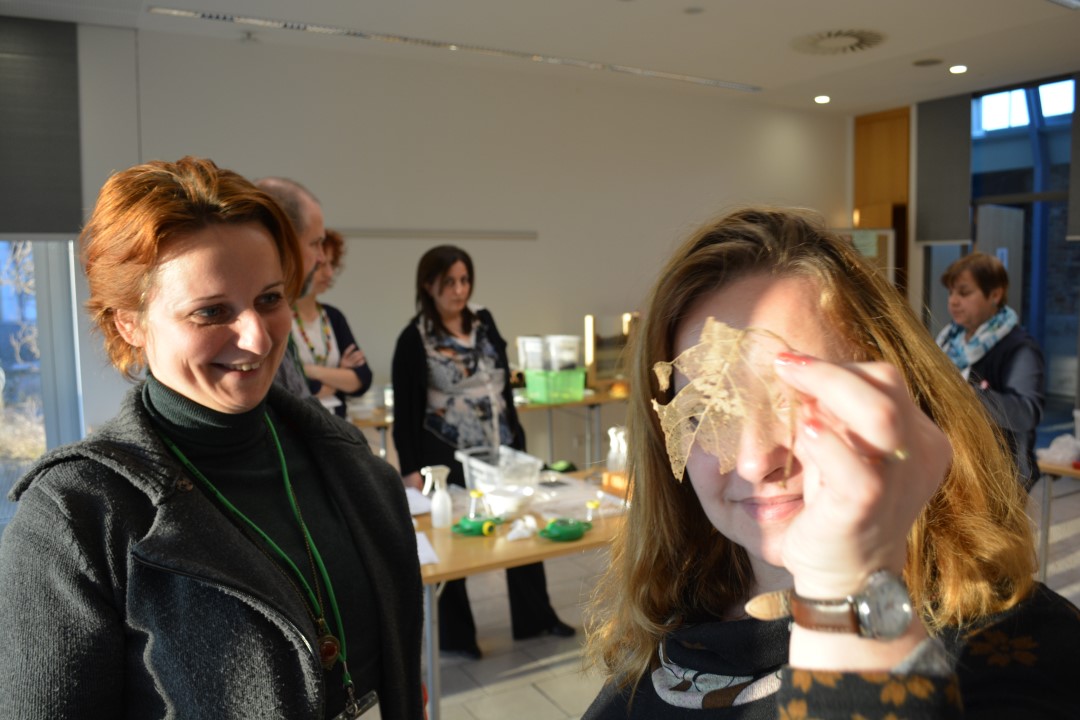 All ELENA project partners gathered together in Laufen, Germany to prepair for the teacher trainings which are going to be launched in a short time. On the event Virág Suhajda, PhD (researcher and developer), Levente Turóczi (executive director) and Judit Ratz (project manager) participated on behalf of Rogers Foundation. On the four-day-long workshop we went deep into the miraculous world of the dogs/wolves, earthworms and ants with the help of external experts and the playful exercises developed by project partners.

For example there was a role play, where we had to argue for and against the reintroduction of wolves as environmental activists, foresters, hunters, rangers, protected area managers and mayors. We also built worm habitat and tried out what would happen, if we escaped from a burning building using the method of ants. On the event we learned a lot about practical arrangements as well. For example we got to know that the very attractive tropical butterflies are not the best choise for us to use: on the one hand they are alien species here in Europe, so let them back to nature is not allowed, and on the other hand the imagos live only for a few days, so it can happen easily that they will die during our investigations in the class.

The developing of the Hungarian modules are going on continuously by Hungarian partners Rogers Foundation and Junior Achievement Hungary, based on these new information and own experiences and also considering the results of the piloting process at Rogers Academy. After the teacher training in early May in Szeged teachers will try out the modules in their own classes. The final versions will include their suggestions as well and will get ready and aviable on our homepage by the beginning of 2016.